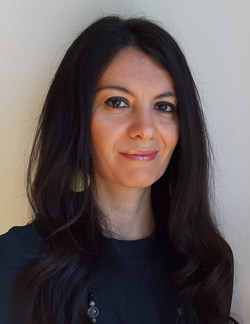 Guendalina Serafinelli, Ph.D.
Instructor of Liturgical Art & Architecture - TRS345
Dr. Guendalina Serafinelli teaches at the Catholic University of America, as well as at the University of Saint Thomas, Rome Campuses. She is currently advisor to the American Academy in Rome. She has obtained her PhD in Early Modern Art History and her Specializzazione in Medieval and Early Modern Art History, both at Sapienza University of Rome. She has been Postdoctoral Research Associate at the Center for Advanced Study in the Visual Arts (CASVA, National Gallery of Art, Washington D.C.), and Postdoctoral Fellow at the Bibliotheca Hertziana, Max-Planck Institut für Kunstgeschichte, Rome, where subsequently she has worked as archivist and scientific collaborator at the Photo archive and collection. She has taken part in, and organized, several national and international conferences and has held several visiting professorships, among which at the Catholic University of Asunción in Paraguay. Since 2016 she has been teaching the Summer Program of the Boston College in Rome. She has published on major scientific journals (among which, the Römisches Jahrbuch der Bibliotheca Hertziana, Storia dell’Arte, Rivista d’Arte, Bollettino d’Arte). She is the author of a two-volume monograph and catalogue raisonée of the Roman Baroque painter Giacinto Brandi (1621-1691) and has recently co-authored a monographic volume on the painter Luigi Garzi (1638-1721). Currently, she is writing a book on the topic of religious conversion in early-modern Rome. 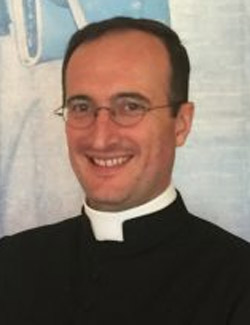 Instructor of Theology of the Church in Rome - TRS362
Instructor of The Church: Community and Institution - HSTR203
A diocesan priest, a Theology Professor at the Angelicum and CUA, and Director of Human Life International in Rome, Italy, Fr. Francesco Giordano was ordained a priest on January 10, 2009. Born in France, his mother is French, his father Italian and American, he lived in South Africa, where he first learned English. He then grew up largely in the United States with his parents and two younger brothers, spending eighteen years there before moving back to Rome in September 2005.

He holds a BA in History from Vanderbilt University in Nashville, Tennessee, an MA in Literature from the University in Chicago, and his Doctorate in Dogmatic Theology from the Pontifical University of the Holy Cross in Rome.