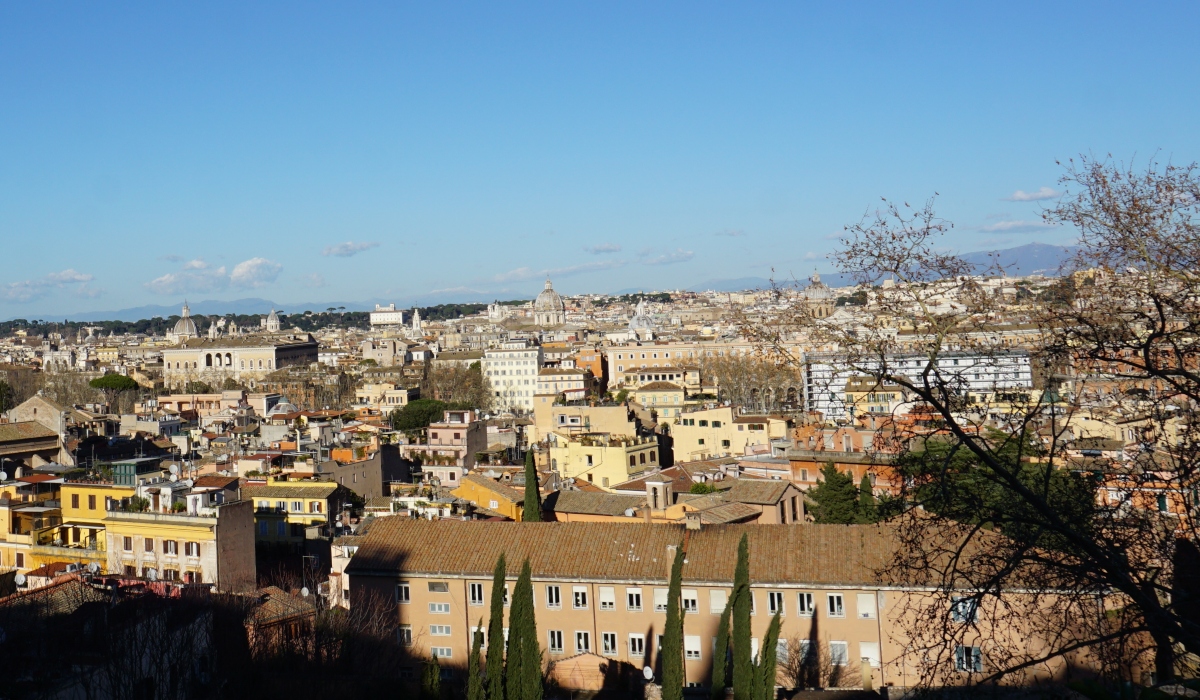 The Rome Center is located at Via Garibaldi, 28, on Rome’s Gianicolo Hill. The one-acre property has a six-floor building surrounded by a 19th-century garden. The building has 24,000 square feet of usable interior space and 4,500 square feet of outside terrace. A chapel is part of the building, as well as a large industrial kitchen. The building dates to 1962-63, and noted Italian architect Giò Ponti had a hand in its design. It was built for the Sisters of Notre Dame de Sion, replacing a family villa that was on the site. The building has 70 student beds, an apartment for a resident staff member, two apartments for visiting faculty, a dining room, a library, and a studio for architecture students. It also has 5 classrooms, a laundry room, a chapel and a computer room.

The Rome Center is located just above the ancient Roman neighborhood of Trastevere. Trastevere was the only neighborhood west of the Tiber River that was included in the old city of Rome. It was the center of the Jewish population in Rome for a thousand years and became a center for early Christian life as well. The Rome Center is at the far western edge of the old city and was included in the walls built around the city in the third century by the emperor Aurelian. It is a 10-minute walk from the campus to Piazza Santa Maria in Trastevere, the main square of the neighborhood. The crest of the Gianicolo hill is only two blocks in the other direction and from there stretches the modern neighborhood of Monteverde.  Thanks to its hillside location, the Rome Center offers beautiful views of Rome from its windows and balconies.

Both Trastevere and Monteverde are filled with restaurants, shops, and things to do. Three buses stop immediately outside the center’s gates to take one across the river to the Pantheon or the Colosseum, and the Trastevere tram line is only a five-minute walk away. From the local Trastevere train station, the FCO (Fiumicino) airport is only 30 minutes away. It borders the Irish Embassy and a center run by the St. Egidio Community. The American Academy in Rome is just around the corner as well.